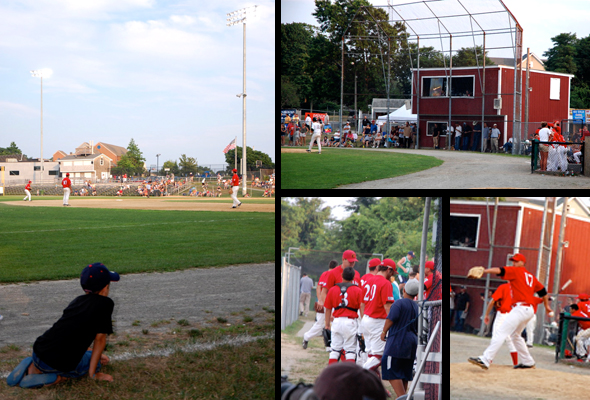 Recently, I wrote a post about how baseball is my favorite sport to watch on television and in person. This post explains why the topic even entered my silly little brain.

This summer, during my trip back to Massachusetts (for my cousin Kim’s wedding) my mom, nephew Ty and myself went out to Cape Cod to visit some family there for the day. After an afternoon of family fun (not to mention lots of fabulous food), my aunt and uncle took us to a Cape Cod Baseball League (CCBL) game. Of course, it was lots of fun and the perfect way to spend a summer evening. It was also interesting to learn so much about this league’s history from my Uncle Bob. 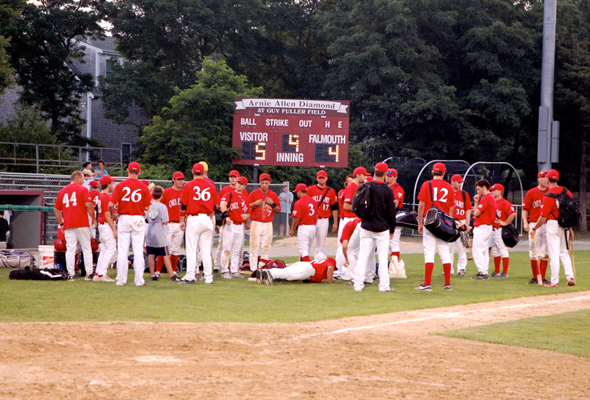 The CCBL is a collegiate summer baseball league in which many top college baseball stars come to play. The league itself is celebrating its 114th year and dates back to July 4, 1885. College players are scouted to play for these summer leagues and, once there, they can be scouted to play in the major leagues. 217 CCBL alumni played in major league baseball in 2009. 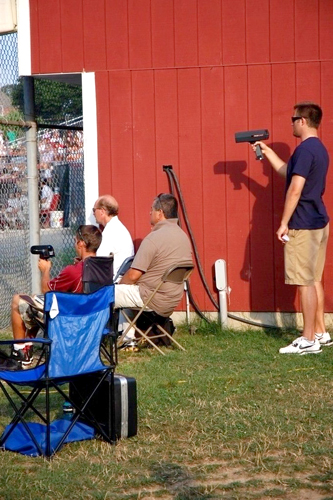 There are 10 teams in the league (5 teams in each division). This year they actually play their All-Star game in Boston at Fenway Park the home of the Red Sox. 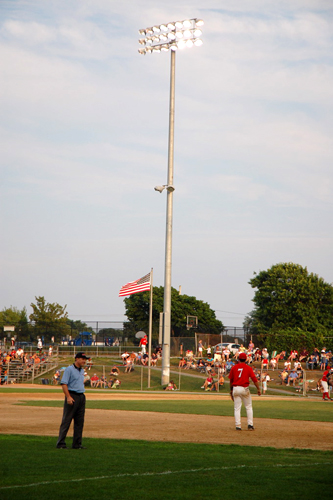 The CCBL league is also noted for using wooden bats. 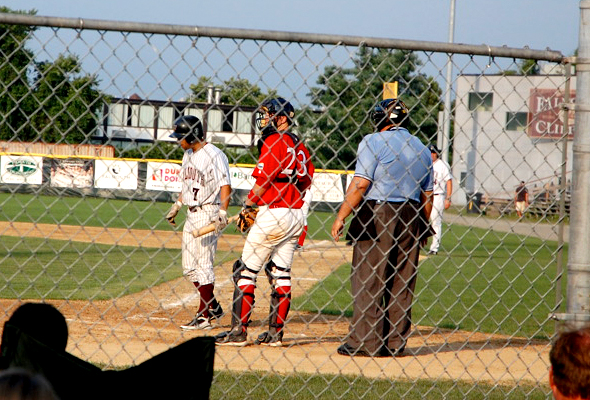 Because the players are all top-tier college players, the level of play is often considered the equivalent of high-A Minor League Baseball. The players are housed by families all along the Cape and are required to keep jobs during the summer time that they spend on the Cape. 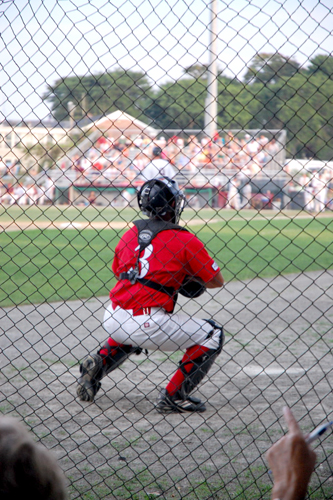 We were super excited because the night we were there watching the Falmouth Commodores play the Orleans Firebirds was also “autograph” night.  I bought my nephew a ball and a program so he could line up after the game to have the players autograph them. You never know, these could be Major League players someday. The guys couldn’t have been nicer to their fans. 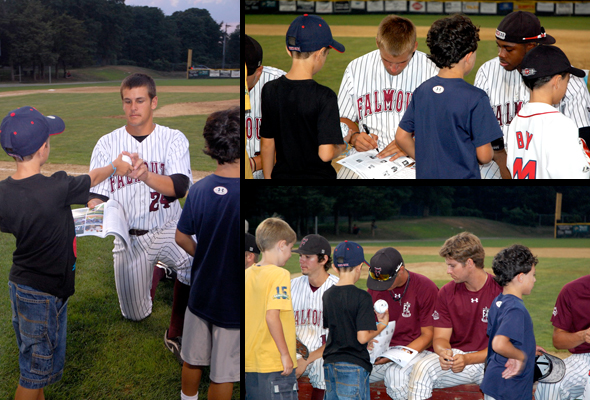 There are movies and books written about this league. Do you remember the 2001 film “Summer Catch” with Freddy Prinze Junior and Jessica Biel? It was based (“loosely” I’m told) on the league. Pops and I have it in our Netflix queue right now. There’s also a 2003 documentary film “Touching the Game” by Jim Carroll that chronicles the 2003 CCBL season and explores the league’s history.

For more information and to see a list of CCBL Alumni who play and have played  in the Majors click here.

If you ever have a chance to watch one of these games, definitely go. The Cape is always fabulous in the summertime and watching a baseball game there on a summer evening makes it even better – especially if you’re sharing the experience with family!