My youngest step-daughter Mimi is going to be writing occasional guest posts on this blog. Here is her second post: 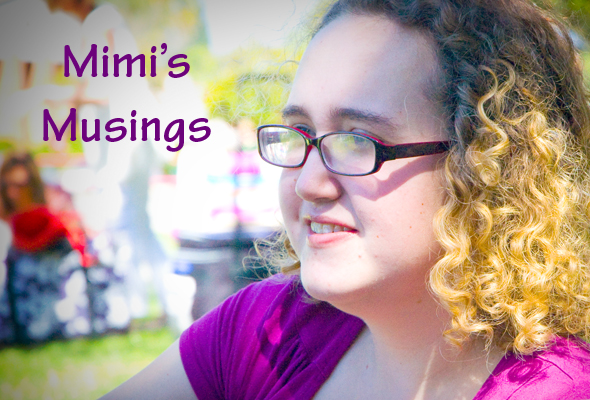 I know that in my introduction blog post I said that my posts would mostly consist of my thoughts on pop culture. I initially intended for this post to be about a list of the 100 Greatest Artists of all time that was compiled by Vh1, but I lately have found my thoughts are headed in a much different direction.

Recently, there has been much discussion over the issue of bullying in schools and online leading to teenagers committing suicide. I know that it may be an inappropriate subject to blog about, but it is a subject that touches me deeply. I don’t have any illusions about this post offering anything new or enlightening to a much needed discussion about preventing bullying and suicide, the only thing I can offer is my own thoughts on the matter based on personal experience.

I know what it feels like to be picked on for no reason, to be tormented and harassed for being just a little bit different. I know those horrible feelings of losing any sense of worth or any hope that things may get better. Those feelings that build and build until suicide seems like the only way out – that it would be better to end everything rather than to have to live with the pain for one more moment. No matter how loving your family or your friends are, when people tell you that you are worth nothing day after day, it becomes almost impossible to not believe it. You end up feeling isolated and ashamed, thinking that there is nobody who could possibly understand how awful you feel. I wish more than anything I could tell those young people who have taken or have thought about taking their lives that they aren’t alone. I used to be one of those kids. I understand what they are going through because I went through the same thing myself.

I was lucky enough that my family recognized what was going on and got me the help I needed before it was too late. I look back at everything that I went through then, and I am so very thankful to be alive. I think of all the things I would have missed, all the wonderful friends I have made and the adventures I have and I am grateful to be able to have seen it. It wasn’t easy, it took time, and there were some setbacks in my case but in the end I am glad that I failed. It breaks my heart when I realize that these other kids won’t get the help that I got. I pray for the families and friends of those who took their own lives, I hope they realize it wasn’t their fault. I can’t begin to imagine the suffering they are experiencing. I hope someday I can use my experiences to reach out and help others.

As for the bullies themselves, I hope they recognize the consequences of their actions. I hope and pray that they understand what they have done and how much pain they have caused with their senseless cruelty. To be honest, I am glad they are being prosecuted for their actions. It is time that we recognize that such sustained harassment and abuse is not okay. Verbal and psychological abuse can cause just as much damage as any physical act. I hope that rather then talking about this in the media for a few weeks, and then letting it fade away, we can take sustained action to prevent these kinds of things from happening. Nobody deserves the kind of pain and torment these teens went through and, if nothing else, we owe it to them to do what we can to stop these bullies in their tracks and prevent these suicides from taking place.

If my story has any meaning or sense it is this: The hurt and pain don’t last forever, it can get better. You aren’t alone and you don’t have to suffer, if you hold on, you can see that there is so much to live for even if takes a long time to see that.

I know that this is a strange way to begin Mimi’s Musings. It wasn’t my intention to get this serious or to reveal this much about myself, but I have to get this out before I can move on. This issue touches me too deeply to ignore. I promise to keep it much lighter next time,