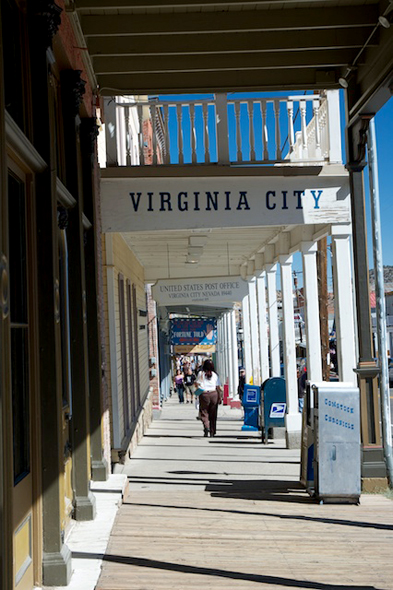 Because it’s my favorite month –

I’d like to write about another ghost town we visited on our last road trip.  After stopping in Bodie, California we made our way to Virginia City, Nevada.

Virginia City sits at an elevation of 6,220 and, like Bodie, is also an old mining town. In addition to gold mines, Virginia City was also famous for its silver mines. Millions of dollars were being made when the town was booming and it was said that there was gold in every hill around. 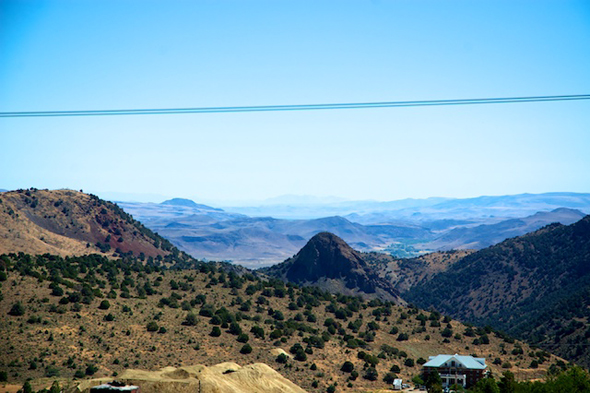 It is a very twisty and steep drive up from the main freeway to the outskirts of Virginia City.

It always surprises me when you come across a little strip of City out in the middle of nowhere. 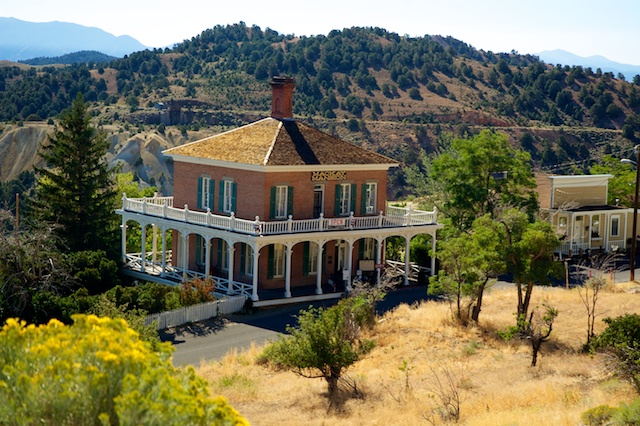 Before we start in on ghosts, let’s talk history. Mark Twain got his start in Virginia City as a reporter for the Territorial Enterprise in 1862. 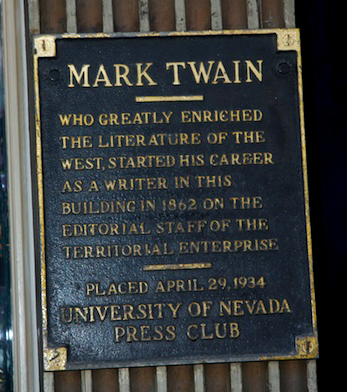 The town itself is charming with its authentic board sidewalks, historic buildings and churches. There are plenty of little shops and restaurants to visit.

Watch out for crazy cowboy looking dudes wearing sunglasses though. 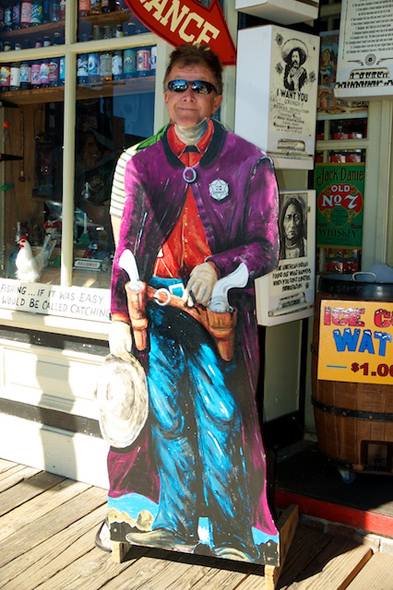 Messing with him, can only get you thrown in here: 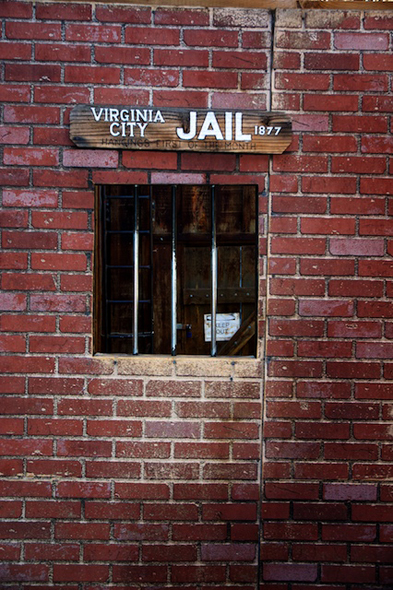 There definitely isn’t a shortage of  “Old West” saloons to visit. 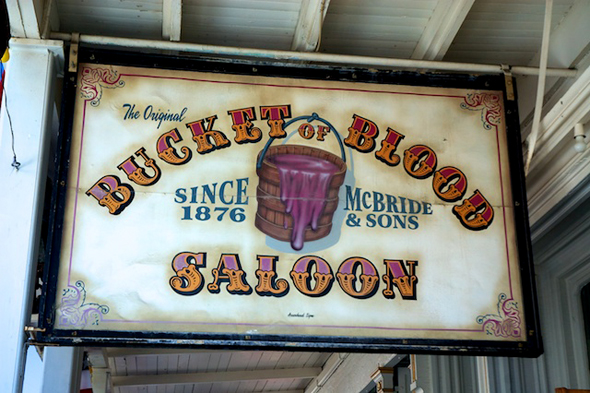 And even a few brothels to check out too – well at least the signs for the brothels can be viewed. 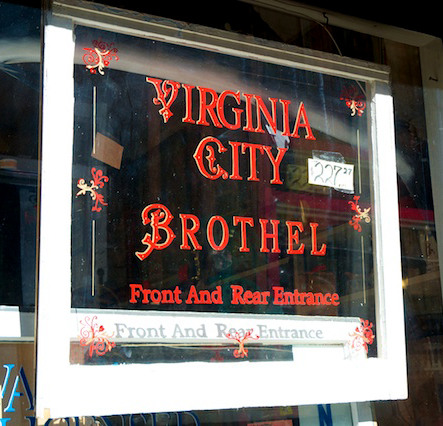 You may even want to get a place to stay for a bit if they have any of the $1 rooms left available. 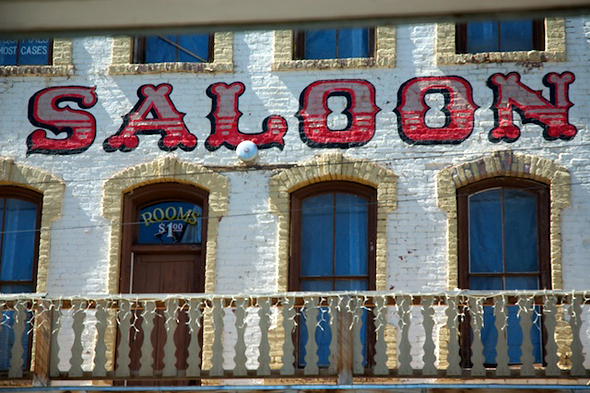 We happened to be visiting during their annual Camel races which seemed like an odd event to be held in an old west mining town, but the crowds of people visiting that day showed it was quite a popular event.

Other sites to see and experience include a history museum, a gunfight show, an old mine tour and horse drawn carriage rides. 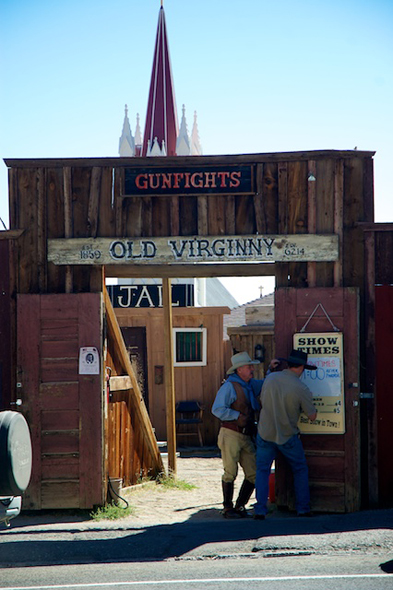 Now, back to some spookin’ –

The say there are more people in the towns cemeteries than on its census rolls.

There are many other haunted locations in Virginia City such as The Red Dog Saloon, the Mackay Mansion, and Piper’s Opera House. In fact, it seems like just about all of the old, historical buildings have a ghost or two, which is why Virginia City is considered the most haunted city in Nevada.

Here are other sites you can check out (if you dare) describing even more details:

For more photos of our trip to Virginia City, including camels, parades and Miss Nevada, check out my Flickr page.

Virginia City is said to be one of America’s most haunted places – and definitely Nevada’s most haunted city. It is also said there are more people in the towns cemeteries than on its census rolls.