Our 20 Day European Trip started in the Polish Capital of Warsaw. Before I go any further with my story, I have something to admit. Somewhere in my oh-so-small-brain, I didn’t give much thought to the fact that on this tour we would be visiting all Post-Communist countries. In my little world, the time of Communism is so very long ago. While I am grateful my life is such that I think that, I truly had no idea that there are people in countries and cities of Europe who are still “recovering” from the effects of their years living behind the Iron Curtain. Of course, through reading books and watching movies I have heard about the tragedies of World War II – especially the horrors done to the Jewish population. Even so, I truly didn’t grasp the impact that this time in history had on the world until this trip and visiting “ground zero” where the destruction of the lives of so many people occurred. I have been affected and changed by all I’ve seen and learned during this 3-week tour.

That being said, my idea of visiting beautiful European cities and villages with castles and palaces was also realized throughout this trip. So, please don’t be deterred from following along, but please know I will be sharing a variety of views, thoughts and impressions of all the places we visited – and also the fabulous people we got to know along the way. 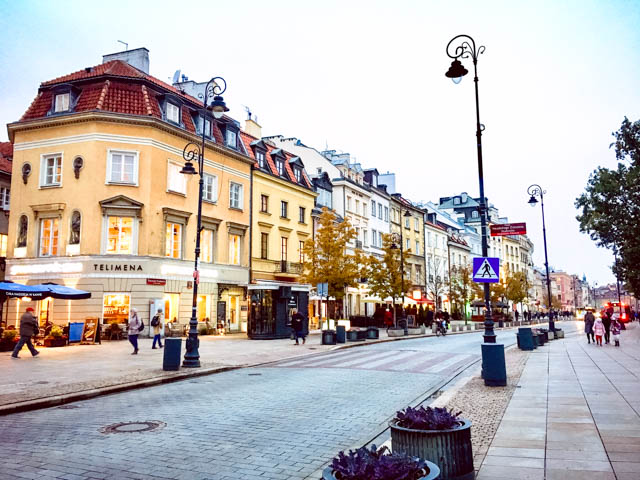 Poland is still a 96% Roman Catholic country. I have Polish roots through my Father’s Mother’s side of my family – though, at this time, we’re not exactly sure where the family actually lived in Poland.

On our tour, one of our guides told us that in the 17th Century, 90% of the Jewish people in the world lived in Poland. She also said, most Poles were of Jewish origin back then. There were 3 million Jewish people living in Poland before WWII and that number fell to only 6,000 after. I cannot possibly wrap my mind around the difference in those numbers and the very calculated means to which this human tragedy occurred.

The city of Warsaw was 96% destroyed during World War II. The most destroyed capital city of WWII.

We visited the Warsaw Uprising Museum where they showed a movie taken by a plane after the war showing the incredible destruction that occurred. Honestly, what was left looked more like a demolished Hollywood movie set not a major city in Europe.

What this means is basically the Old Town of Warsaw has been completely rebuilt since the war. The rebuilding was all based on what was there previously though and the Old Town has been declared a UNESCO World Heritage site and is a beautiful place to visit. 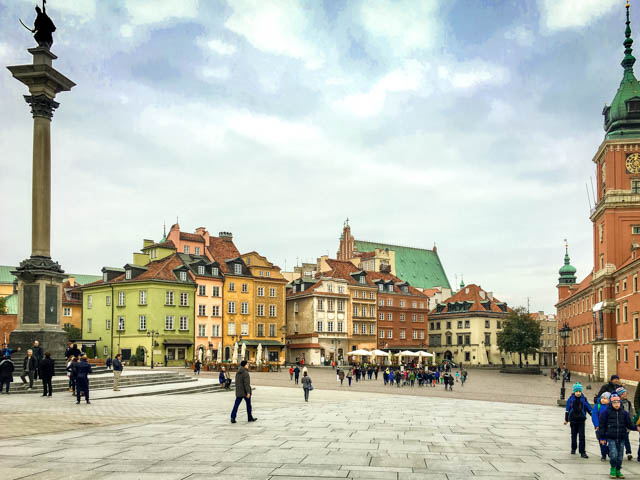 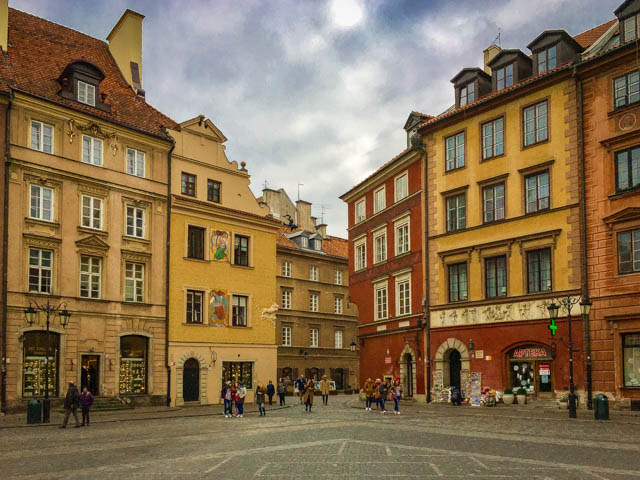 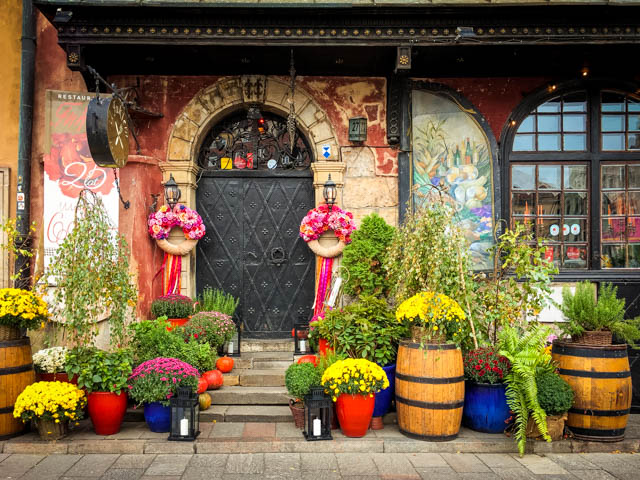 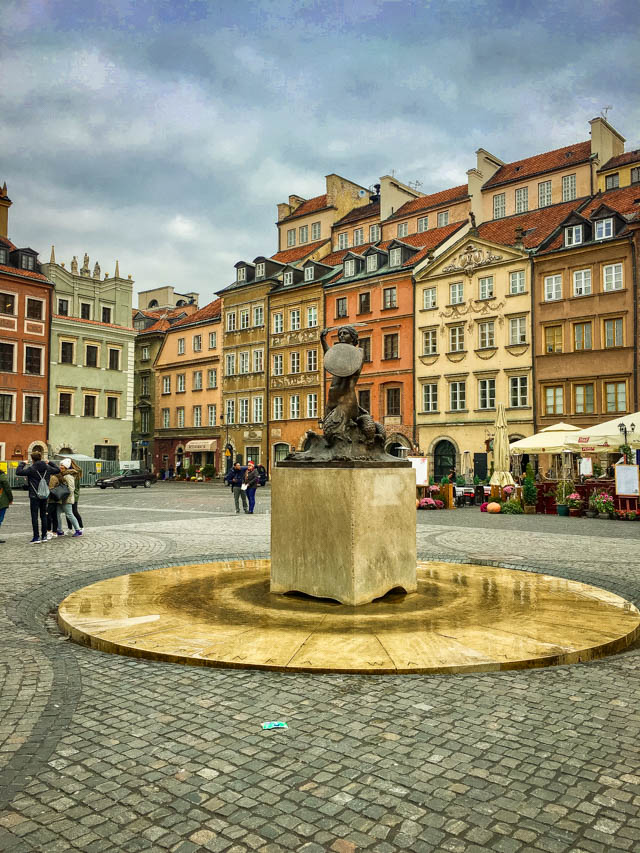 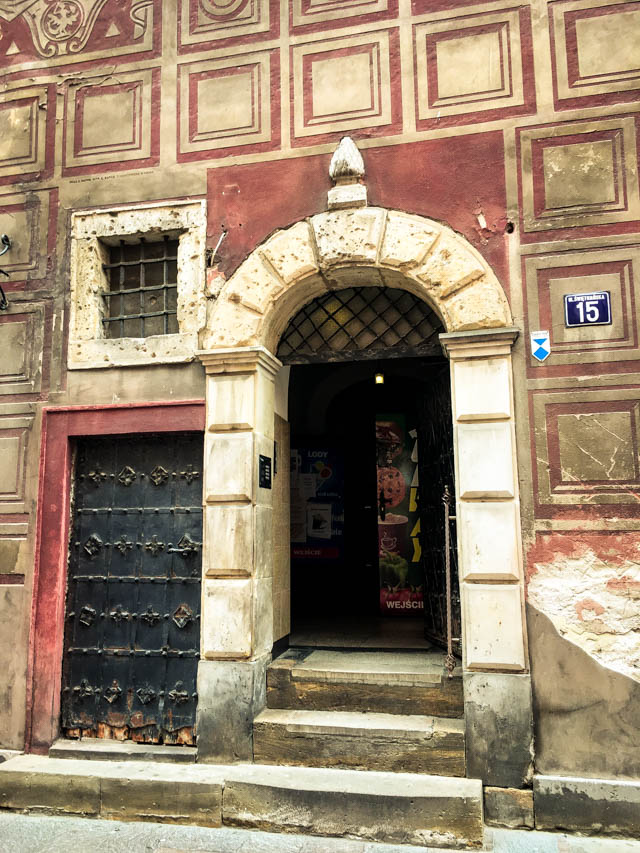 We visited many churches and cathedrals on this trip and it all began with a visit to Holy Cross Church in Warsaw – where the great composer Chopin’s heart is entombed. The church was centrally located during the Warsaw Uprising of 1944 and much of it was destroyed. It has been rebuilt and is a gorgeous Baroque style symbol between Warsaw’s New and Old towns. 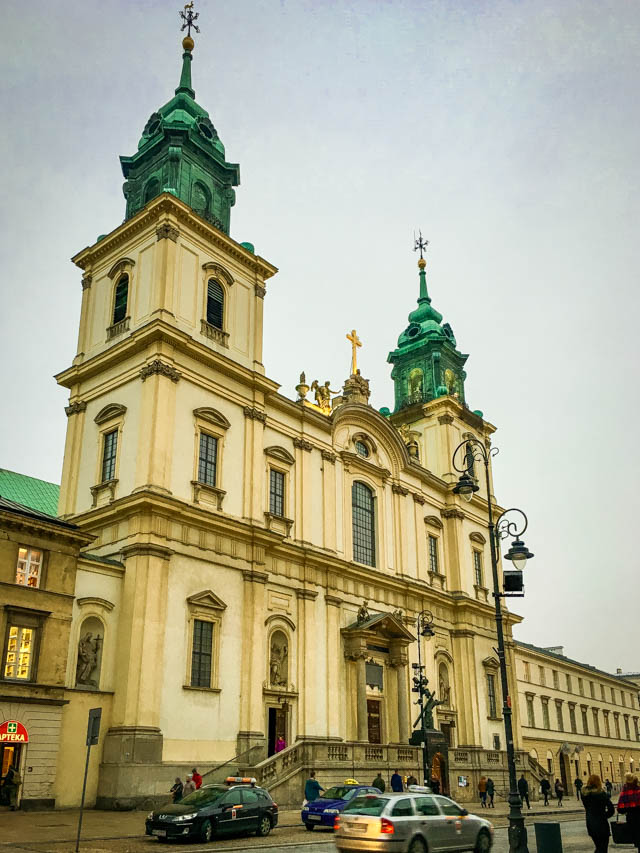 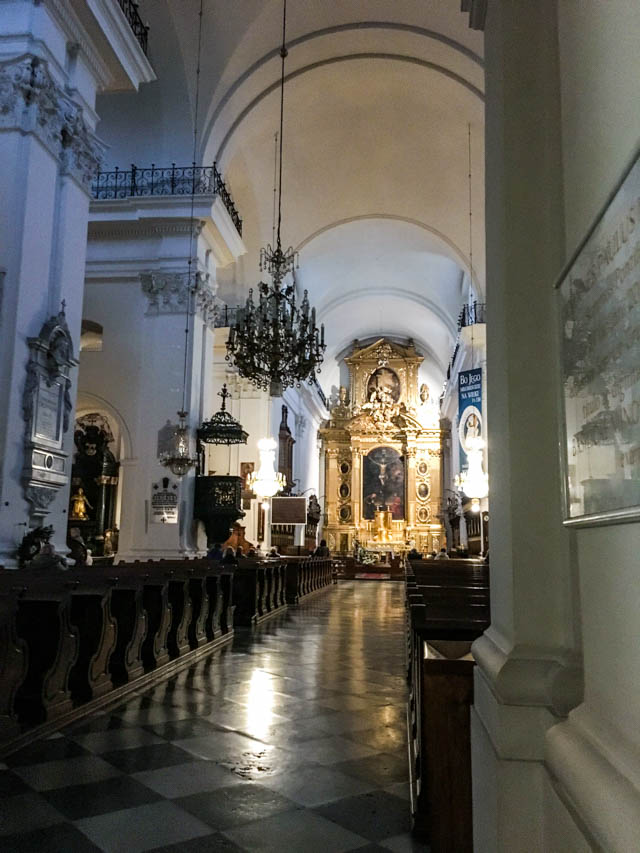 On our city tour we stopped by a park showcasing a beautiful bronze statue of Frederik Chopin sitting under a Willow tree. As you can see, it is the Fall season in Europe at the time of our visit making for gorgeous colors all around us. 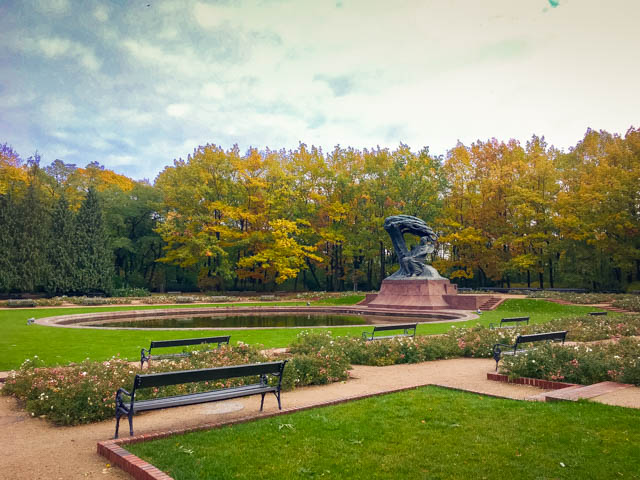 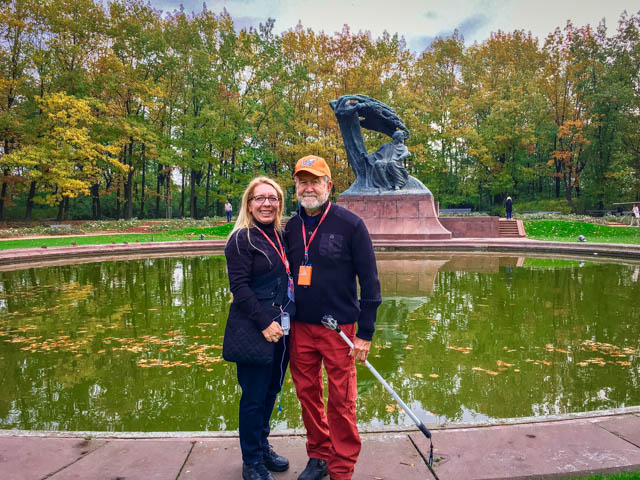 We also made an all too brief stop at the POLIN Museum of the History of Polish Jews. This museum is located in the former Jewish Ghetto of Warsaw. It is a gorgeous building designed by the Finnish architect Rainer Mahlamäki. If I ever find myself in Warsaw again, I would want to spend more time in this museum learning more about the history of Jewish people in Poland. 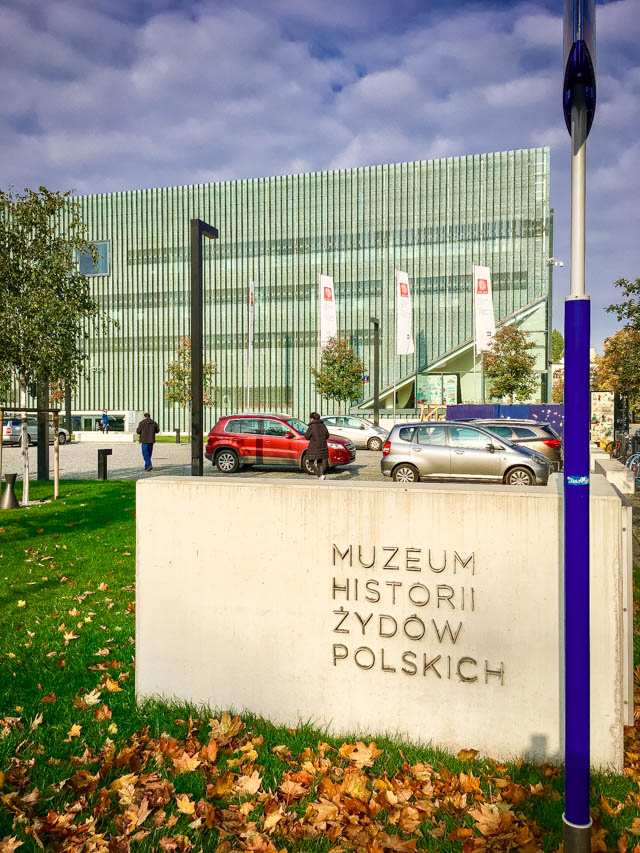 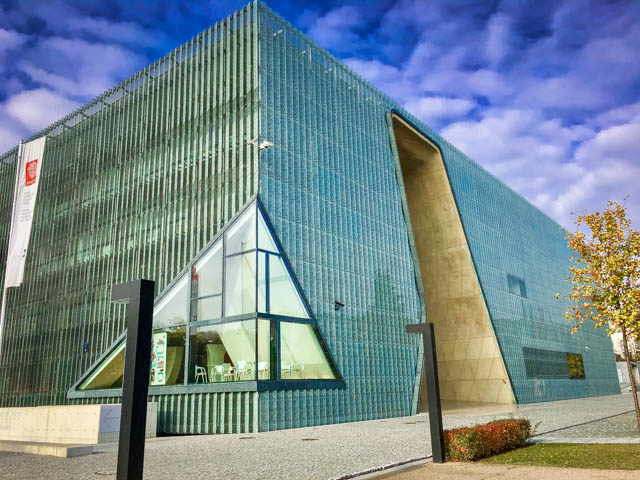 Outside the museum, you can see the Monument to the Ghetto Heroes which commemorates the first Warsaw Ghetto Uprising of 1943. 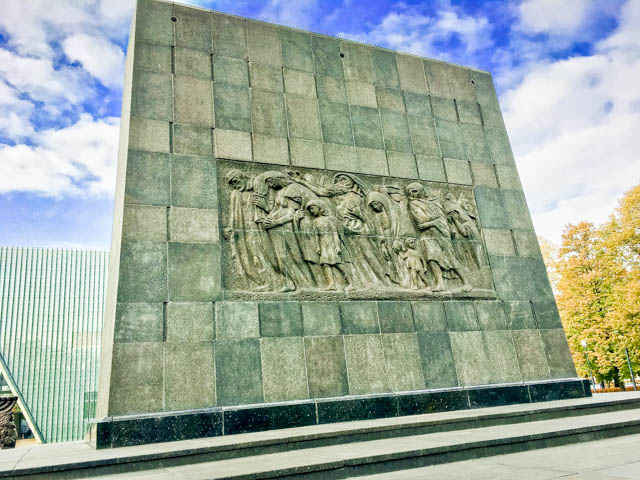 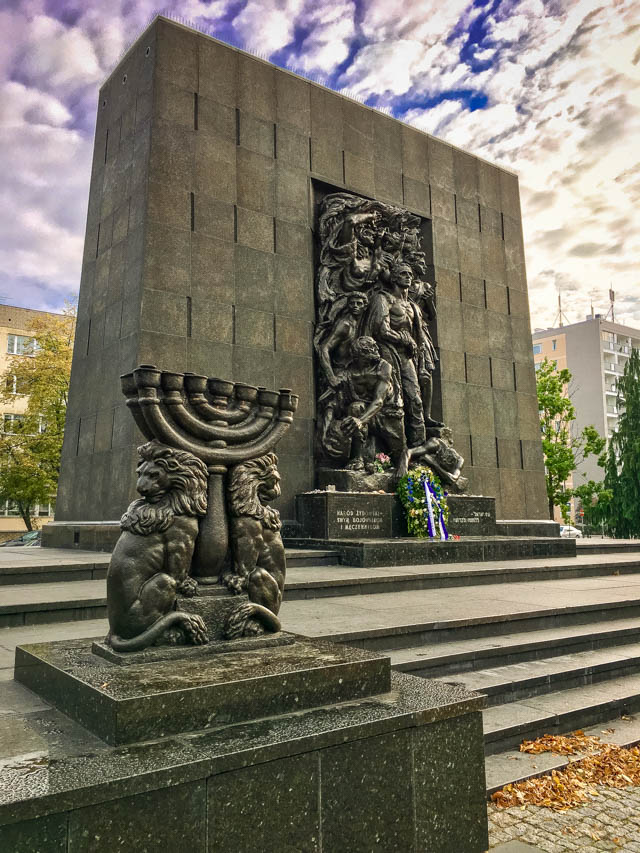 Honestly, I really liked Warsaw. Our hotel was close to Old Town, so we were able to walk through this beautiful area and enjoy the sites. 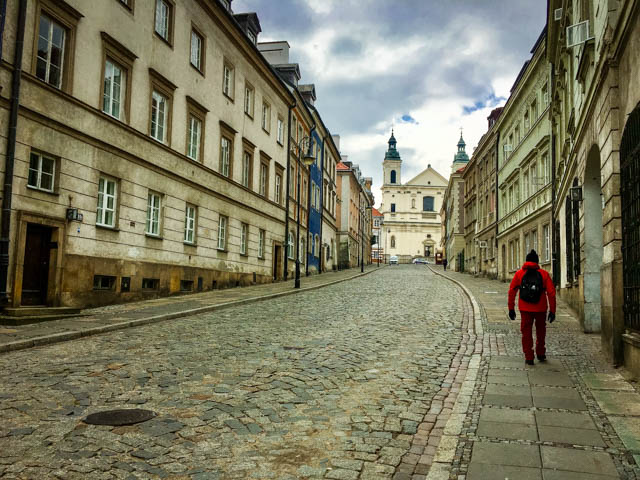 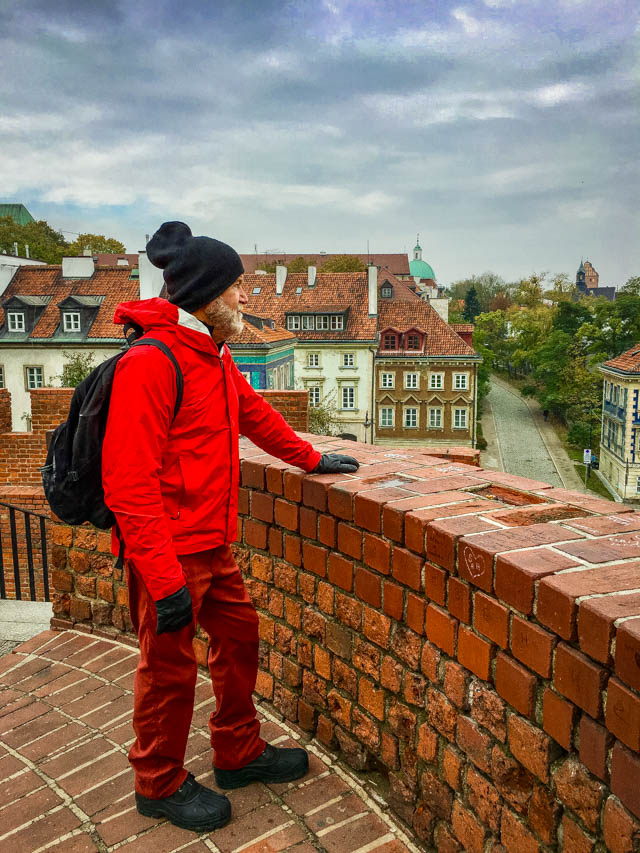 On a “foodie” note, we were easily able to find a delicious vegan lunch spot not far from our hotel and near Holy Cross Church. 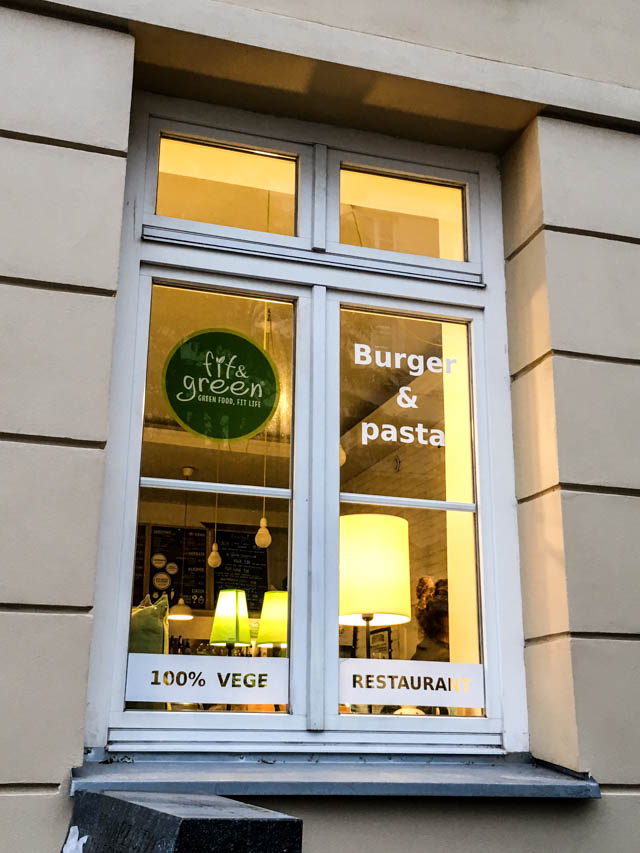 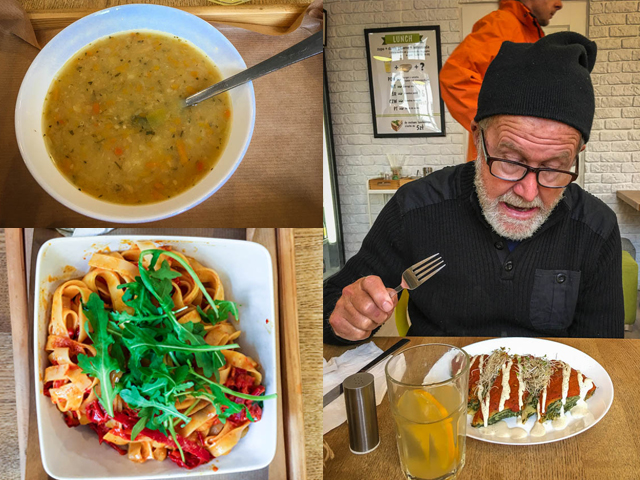 We also enjoyed an incredible dinner in a beautifully decorated Polish restaurant very close to our hotel. 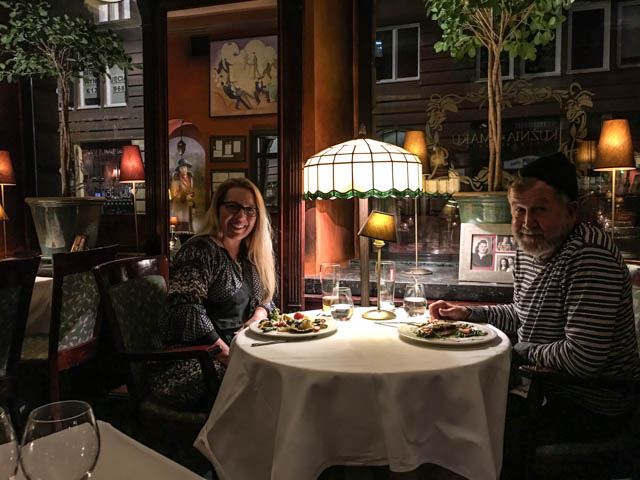 I could’ve spent more time in Warsaw, but, alas, we are moving on. 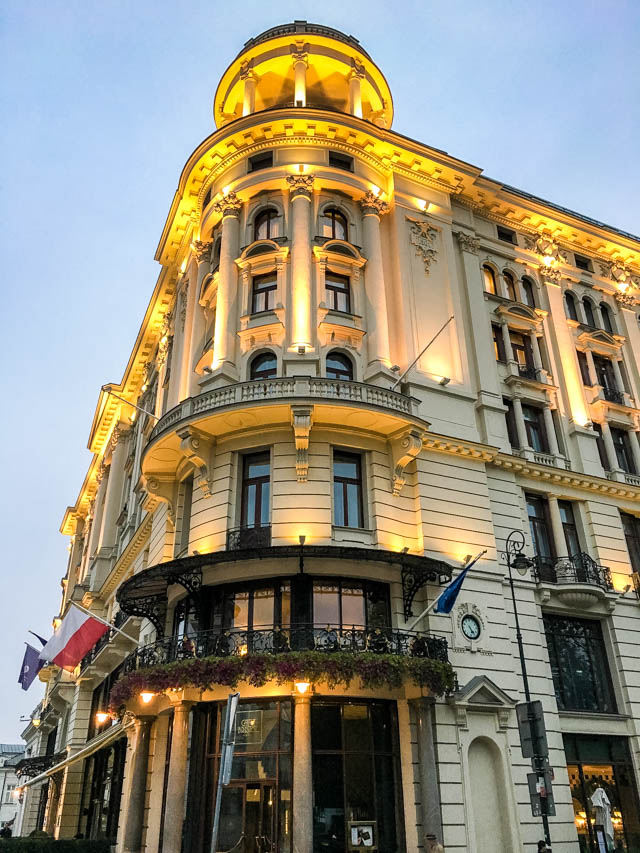 We head south on the tour and our next stop is the city of Krakow. 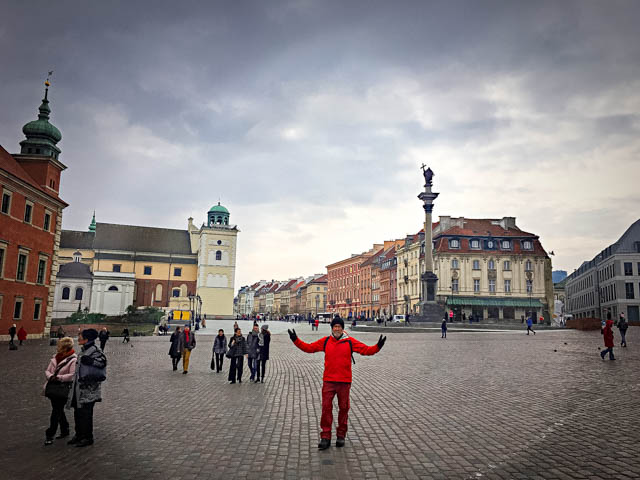