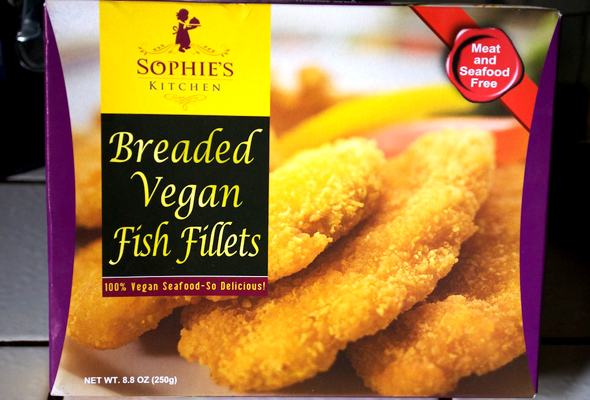 Yes, though that doesn’t quite make sense – there is Vegan fish to be had from Sophie’s Kitchen.

And the verdict you ask?

Not only do they have vegan fish, they have: 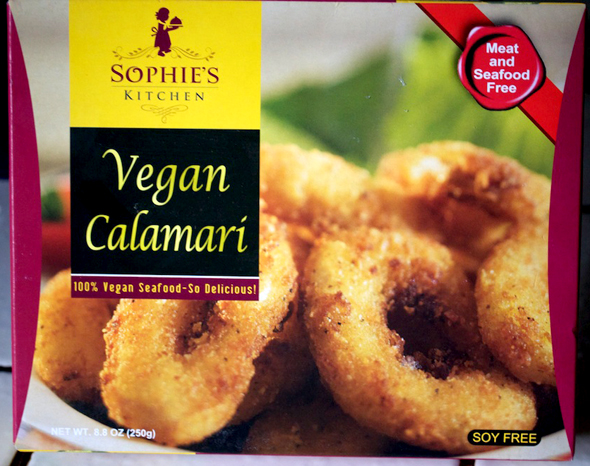 and vegan prawns – you can get them gluten free too!

Truly, when I became primarily vegan, I thought my seafood days were over. Yes, I admit, I’ve had some bites of seafood throughout the years…and then felt a little bit bad about it. I mean I truly care about our oceans and the over-fishing…really! But when it’s what’s for dinner at someone’s house, I’ve struggled to decline the deliciousness!

I don’t really know how they do it, but they use something called “Elephant Yam Root” which, they say, has been used across Asia for centuries.

These vegan options are also great for anyone with seafood allergies. In fact, this line of products was created because the owner’s daughter “Sophie” had seafood allergies, but loved seafood. Wow, what a motivator!

Check out their site, Sophie’s Kitchen, to read all about them and to also get a big dose of vegan, healthy planet, sustainability motivation if you need some. They donate 5% of their profits to help support the preservation of the ocean’s species and their habitats.

I love these products…and am so thankful I can find them at my local Whole Foods.

P.S. Sophie’s Kitchen doesn’t know me and hasn’t compensated me in any way to write this post. I’m just sharing because it’s what I do…Enjoy!