I hate going out to eat (yes, I know I’m a freak), so this is one of those quickie dinners I throw together – using whatever is in the fridge. I’ll point out the staples I always have in the house. It’s a warm, tasty treat.

The ingredients I had on hand this time: 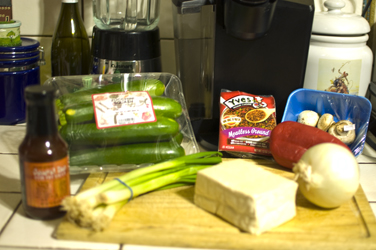 This time I had tofu (which I press between two plates for 10 minutes to remove some of the water), onion, stir-fry sauce, veggie meat, red pepper, mushroom and zucchini.

Tofu first – so it can marinate in the stir fry sauce. I cut it into little cubes and throw it into a bowl. 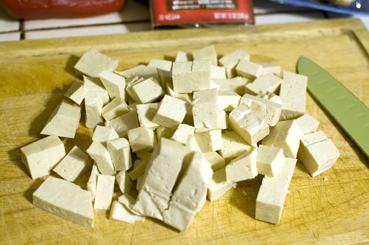 This is my first time trying this General Tsau Stir Fry Sauce from Trader Joes – it had a little kick to it and was super tasty with an initial hint of sweetness. 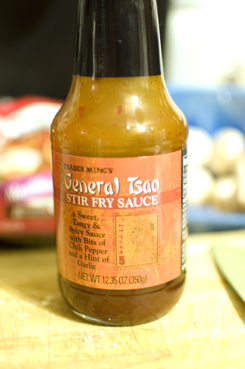 I pour it on top of the tofu and mix them up together and let them sit while I work on the rest of the dish. 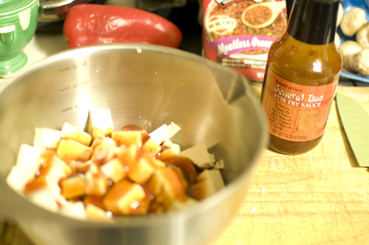 Next, I chop the onion. I immediately add some olive oil to a pan and let the onion cook in the oil. 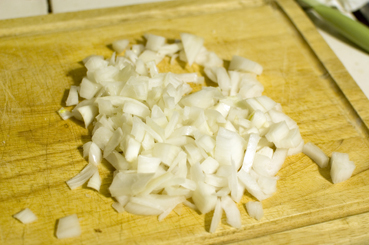 While the onions cooking, I chop the red pepper, mushrooms and zucchini 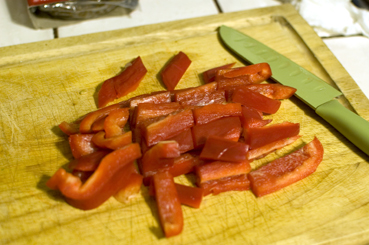 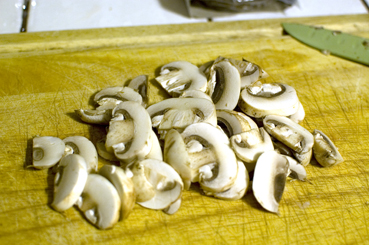 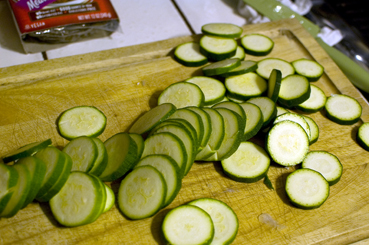 When the onions are translucent, all the other veggies get tossed into the pan. 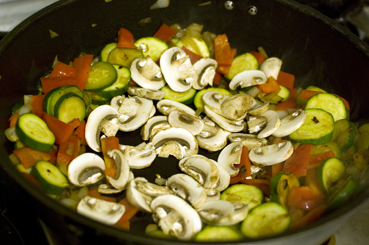 Now, the ultimate ingredient – I’m never, ever, ever without this  veggie meat in my house. I have served it to so many guests and no one has ever not liked it. I use it in everything – pasta sauce, shepard’s pie, burritos, chili, omelets – you name it and I’ve used this veggie meat in it. It even tastes great all by itself. Of all the brands I’ve tried, this is the one I swear by. 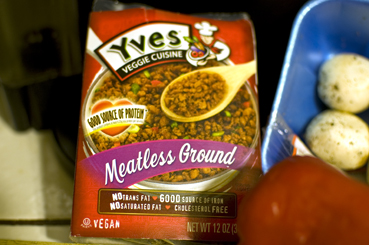 If you’ve contemplated “Meatless Mondays” as in my prior post, try this in place of a meat dish. I just know you’ll love it!

So, then, it goes into the pan too. 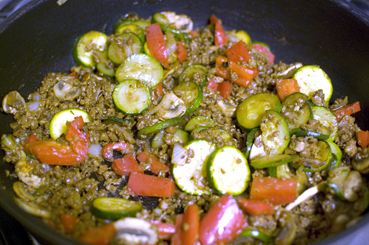 Lovely. I let everything heat up together and finally add the marinated tofu. 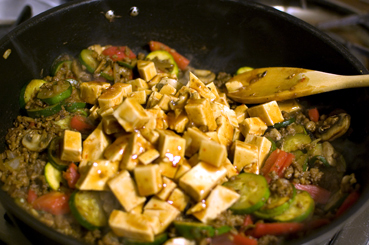 This dish can be served alone, over pasta, over rice or really any grain. This night I chose some brown rice and here you have it. Excuse the mess on the side of the plate…I was too hungry to clean it before shooting the photo. 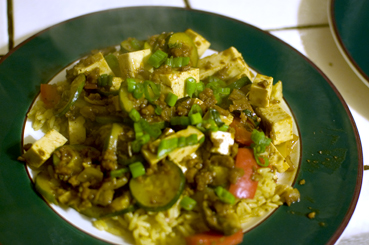 I added a little chopped green onion on top too.