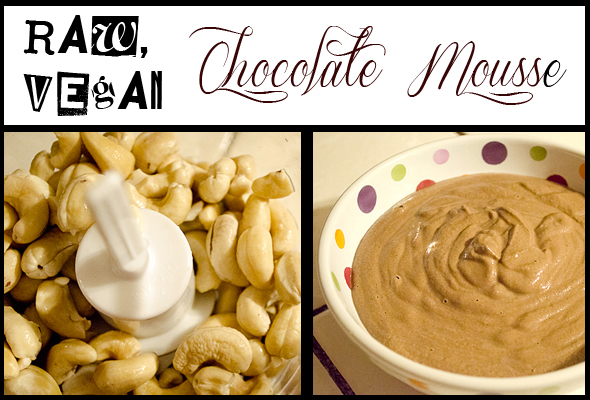 So, I’ve never tried a raw recipe before. Well, a recipe that is specifically raw that is.

I saw this one posted by the Spontaneuous Hausfrau on the Tasty Kitchen site and it just stuck with me.

Literally stuck. It just kept popping into my head and I knew I needed to try it.

I’m really not even the biggest chocolate or dessert fan in the world. The only ingredient I was questioning using in this recipe was the Agave Syrup. I’m not a fan of the stuff at all – and, I know, there are many sides to this debate.

Because I had some in my cupboard – that I actually had bought before I read more information about agave syrup (yes, my bad) I decided to use it in this recipe.

If I make this again, I will definitely replace the agave syrup with a homemade simple syrup (2 parts sugar to 1 part water) or even better, try it with some maple syrup.

In any case, this recipe was super simple to make. The hardest part – which sounds silly – was soaking the raw cashews for 6 hours. I wanted to be sure not to soak them longer as they can get too mushy. Between going to work and then sleeping at night, I wasn’t sure when I could be sure to be around (and alert) at the beginning and end of a 6-hour timeframe.

My solution was taking a small container of cashews to work and adding water at 1  pm so that at 7 pm I would have soaked them the 6 hours necessary to create this fluffy dessert. 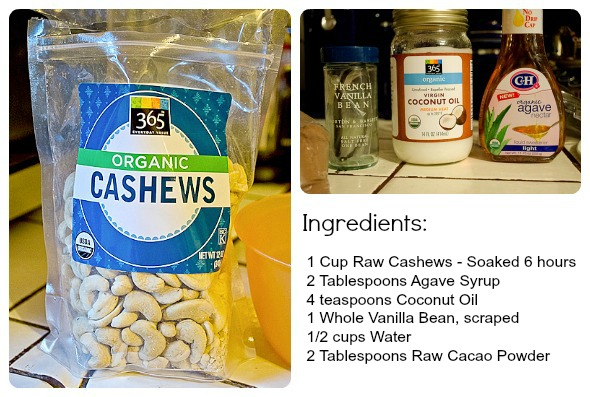 1. Combine all the ingredients in the bowl of your food processor and puree for 3 – 4 minutes scraping down the bowl every 30-60 seconds 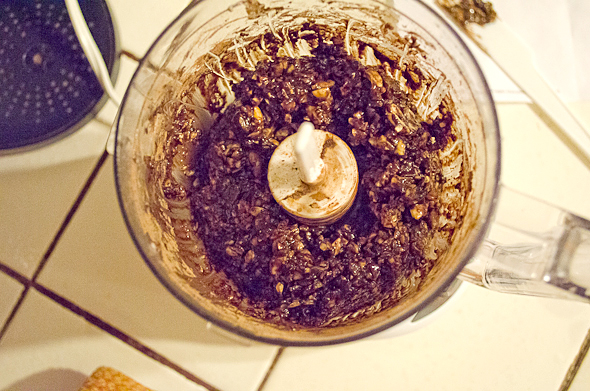 Keep going until the mixture is fluffy.

I chilled the whole shebang in 1 bowl, though you could fill multiple dainty little serving bowls. 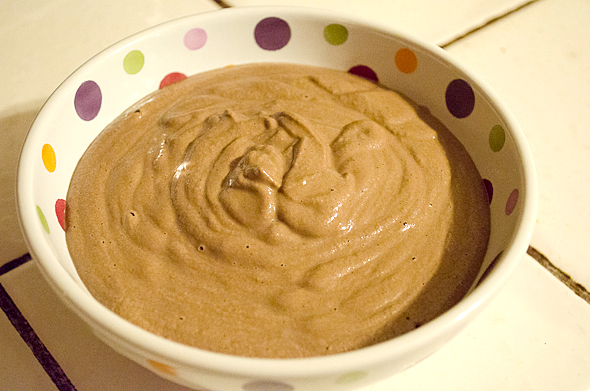 This recipe only makes about 3 servings, so, if you’re planning on serving this as a dinner party dessert, you would probably want to double the recipe.