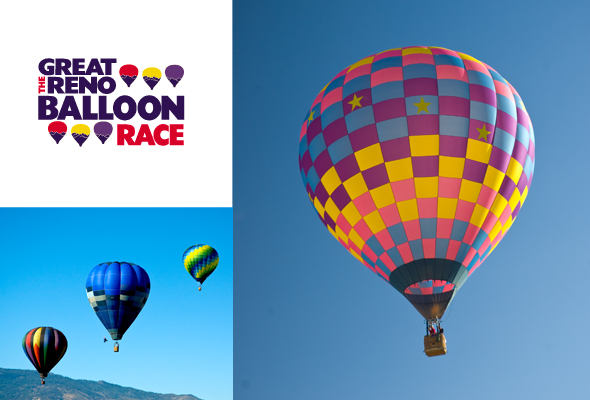 During our last road trip, Pops and I stopped in Reno to visit our friends Dwight & Erika. We lucked out because while we were there The Great Reno Balloon Race was happening.

This is the largest free hot air ballooning event in the Nation. It lasts for 3 days in early September. The event began in 1982 with just 20 balloons. Today, there are more than 100 balloons flying high each year. The race days start quite early in the morning. We  didn’t make it down for the start, but were able to see some of the early flying from our friend’s house.

Kinda far away, but from this vantage point we were able to watch a Southwest airplane following it’s flight path (landing in Reno) come really close to the balloons. 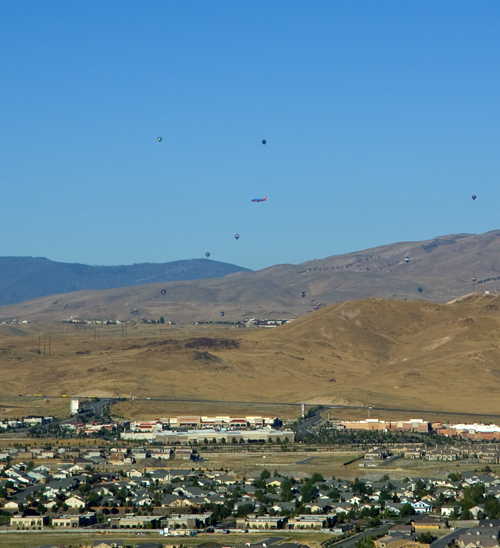 We did decide to head to the “landing” field to get a closer view – it was spectacular. Here’s a sampling of what we saw:

In this next shot, you can see how the people in the balloon drop a rope to their ground crew. Then the crew can tug the balloon to a safe landing spot avoiding the tops of the cars below.

I really liked the “character” balloons. Apparently, every year there’s an Energizer Bunny balloon – unfortunately, we didn’t see that one, but these were super cute:

The size of these balloons was massive.

So, if you ever find yourself in Reno, Nevada in the beginning of September, remember to look up – the view could be amazing!