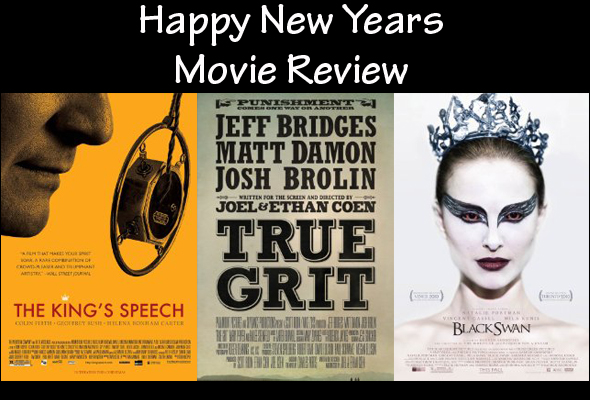 I’ll admit we’re kinda wimpy in this house…even though we’re in California, we celebrate New York City’s New Year’s Eve (9 pm here). We’ll be going to some friends for a little bit this evening and home before all the “crazy” drivers hit the road (I hope).

Now, back to my movie reviews that I began yesterday. No fear, I won’t give too much about the films away. I’m definitely not an authority on film – I’m just sharing what I like. I try not to read too much about a film before I see it, though I generally have an idea about what they’re about. 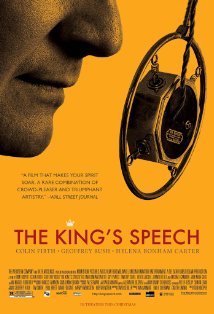 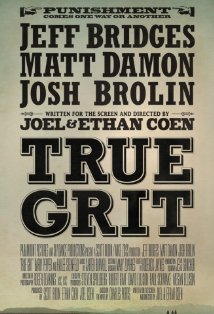 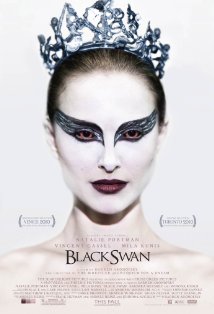 First, I’d like to say they’re all very good movies – very good and very different. I won’t give too much away in case you want to see them yourself – or maybe you have and can share your insights with me.

My favorite was The King’s Speech. WOW! Colin Firth is excellent and once again, you just fall in love with him throughout the movie. I feel like he often plays a character that I fall in love with AND I like that very much. Geoffrey Rush is superb – a real joy to watch in this movie and I always, always love Helena Bonham Carter…if you’re heading to the theatre and not sure what you want to see, I highly recommend this film. My Lita rating 4 out of 4 stars.

I’ll admit, I’ve never seen the original True Grit with John Wayne, though I’ll now be adding it to my Netflix list. My friend Sam tells me they’re very similar (almost identical) except for the endings. I really enjoyed this movie. If you’re avoiding it in fear that it’s a western somewhat gory shoot ’em up film, put your worries aside. I found the shooting parts of the film to not be overwhelming at all. Hailee Steinfeld is fabulous to watch. Her presence on screen holds your full attention. I definitely think she’ll be around a long time and can’t wait to see her in her next role. Lita rating 3 1/2 out of 4 stars.

And now, Black Swan. Having not read much about this movie before I went, I was attracted to the ballet dancing and the role of a ballerina as I spent a good portion of my first 20 years of life dancing and attending dance classes for hours ever day.

This movie was not really at all what I expected. I really try to not go to movies with expectations – it’s just not the way to approach a movie because you risk being disappointed by what it’s not instead of just experiencing what it is. I couldn’t help it though with this film – I wanted it to be what I wanted and it was so very different. Don’t get me wrong…not bad…just different than what I thought.

Natalie Portman was AMAZING!  When she dances, you can truly appreciate all the training she went through for this role. I’ve always loved Mila Kunis and she truly does not disappoint in this film. One note, this film is not for wimps! It’s twisted and at times gory…you’ve been warned. Lita rating 3 1/2 out 4 stars.

Basically, I scored this week, I saw 3 fabulous movies. All of them very different from each other, but all worth seeing. Incredible acting in all three of them too. Again, I’d love to share more about them but would hate to give too much away.

Pops and I have been watching a ton of rented movies lately too through our Netflix and Apple TV. I’ll start sharing weekly updates about what we’re watching and would love to hear from you about movies you’d recommend.

For now, as far as renting a movie, I’d recommend Coco Chanel. We watched this version which aired on Lifetime starring Shirley MacLaine. Now, I want to add the movie with Audrey Tautou Coco Before Chanel to our list. Don’t fear that Coco Chanel is “too girlie”, it really isn’t. It’s a great story, even Pops would agree.

There you have it…Lita’s movie chat this week.