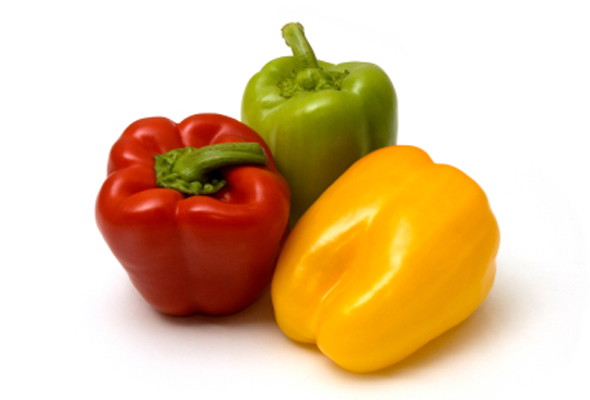 I had a most serious “SENIOR” moment today! I just now at 7:43 pm realized what happened!

This morning, I downloaded the pictures from my camera for this post. As I was downloading, I realized that I haven’t backed up my photos from my computer to my external drive in quite some time. So, I started doing a backup.

Which is what makes this aforementioned “senior moment” so much more frustrating. After, I completed backing up my photo files and clearing up room on my computer’s hard drive, I wanted to start working on this post. BUT when I looked at what files were left in Aperture…no pepper photo files were there at all! I couldn’t believe I’d done that…I’d erased my stuffed pepper photos! Or so I thought.

Little did I realize, I had already copied the pepper photos to my posts folder. I just realized it now – as earlier I had decided, in frustration, to just simply walk away from the computer! Just now, as I sat down to write a “stuffed pepper recipe” post sans photos, I saw the folder with the pepper photos.

OK, am I getting old or what?? Anyways, here goes with the recipe…

This recipe, as some of my yummiest ones lately seem to be, has no “official” recipe. It was truly and simply created from ingredients that just happened to be in my kitchen. Sometimes, I think those recipes make the healthiest and tastiest meals.

Here’s what I had:

4. Add garlic and mushrooms. Cook until mushrooms have “sweated” and look, well, yummy. 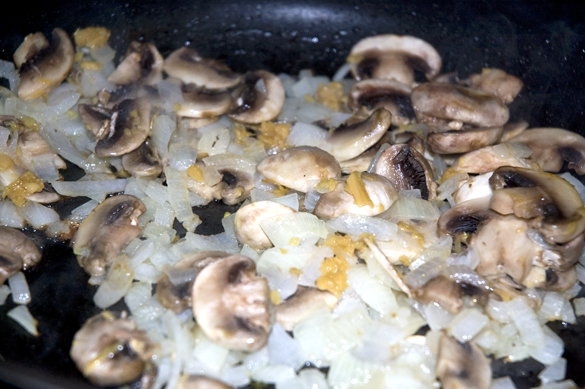 5. Add celery slices – I added this because I LOVE celery and the crunch..but it’s not essential. 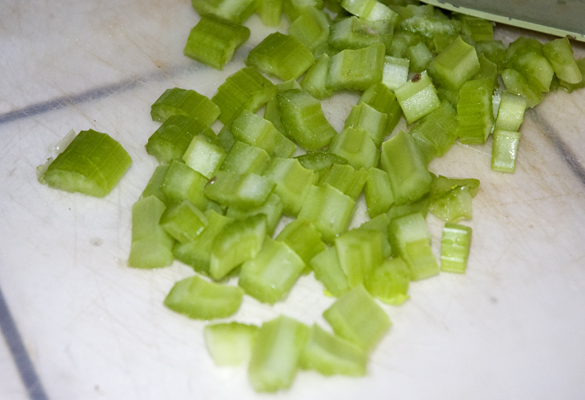 6. Here’s where you can add the veggie crumbles to the pan too. If not using the crumbles and you would like a thicker filling you could add cooked rice, chopped squash or more veggies – almost any veggies you have on hand. 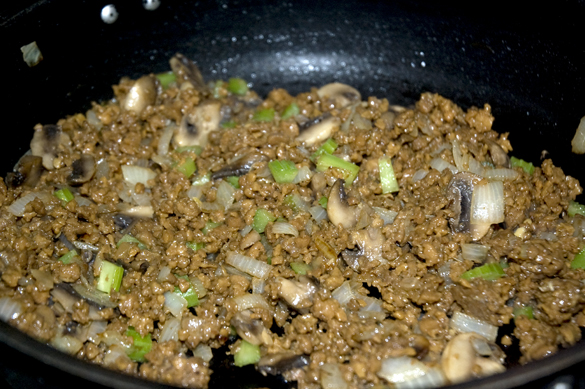 7. While ingredients in the pan are cooking, slice the tops off of the peppers and clear out the seeds inside. Arrange the peppers in a pan that will hold them upright. As you’ll see, you can add stuffing around the edges of the mushrooms later to hold them upright too. 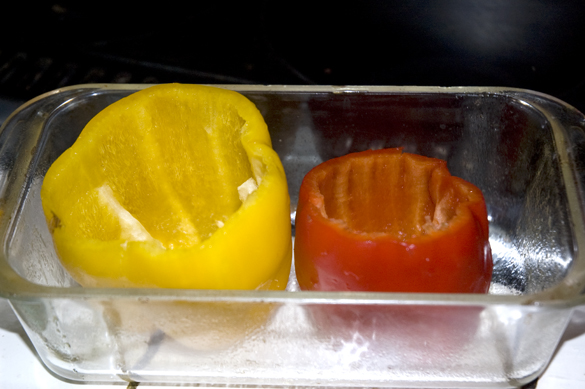 8.Here’s where I stirred in about 1/2 cup of tomato sauce into the filling mix. For taste and to hold everything together. 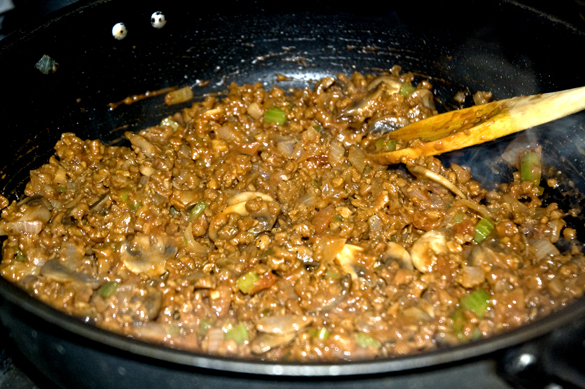 9. Stuff the pan ingredients into the peppers – notice how I used extra stuffing around the bottom of the pan and base of peppers. 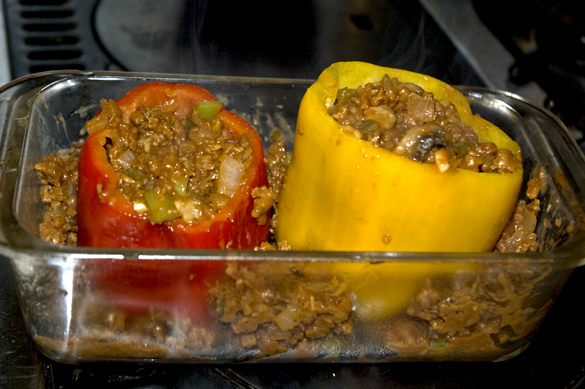 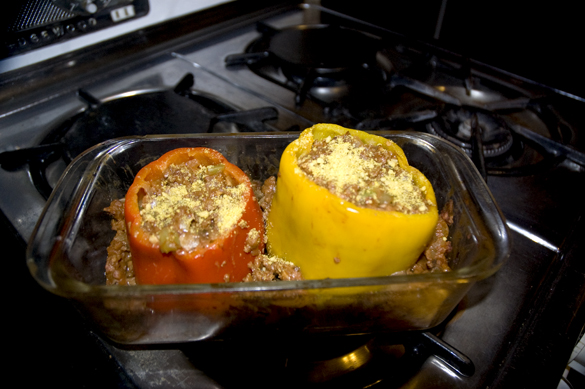