Home » Going Green » In the Kitchen » Are You Ready for some VEGAN Football?! 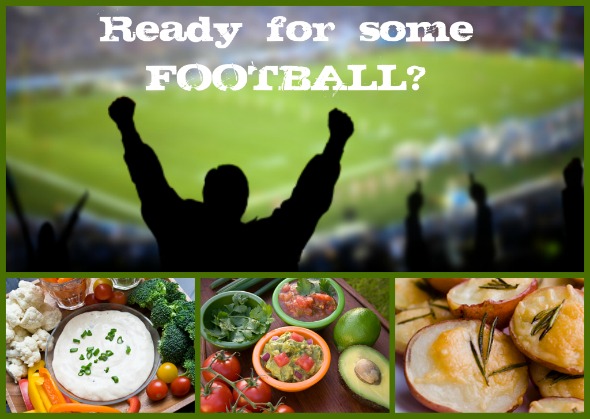 We were really excited at the prospect of the 49ers being in the game. I must admit though, that since they didn’t make it, I think we’ll enjoy a more stress-free game. (plus routing for the Patriots is kinda in my blood being from New England and all).

Now, since our home team didn’t make it, I can simply focus on a better topic for game day – FOOD!

I thought I’d share some links and recipes to some tasty vegan game day dish ideas I’ve found – some I’ve tried and some I’d like to try this year.

This dish is AWESOME –  Mexican 7-layer Dip (click link for recipe) from the Vegan Machine website. I have definitely made this and in a word, it’s DELISH! 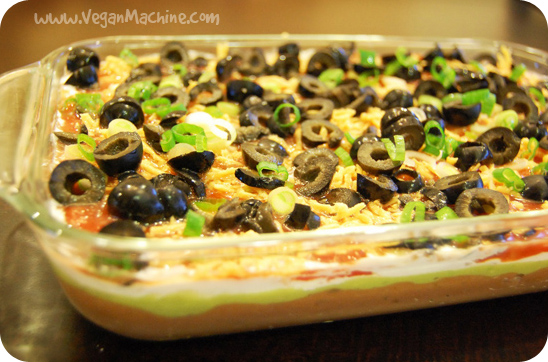 Veggies or Chips and Dips 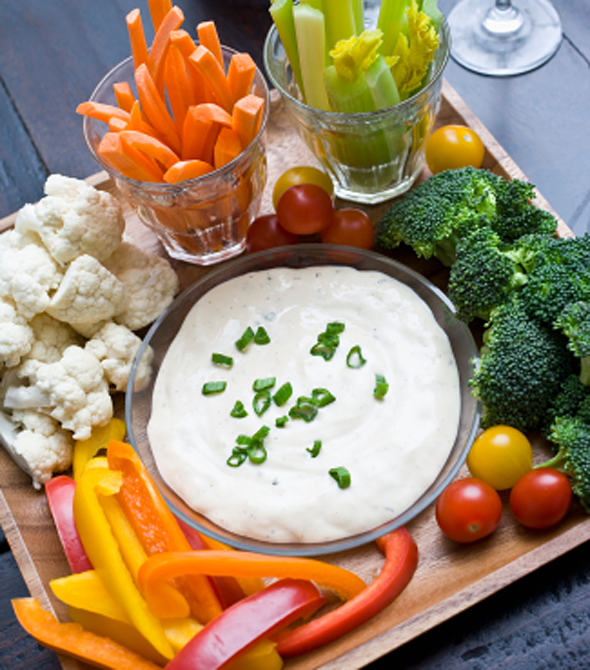 The standard for party fare…dips and well, anything to dip into them (veggies, pita chips, chips, baguette slices).

There are just so many vegan recipes out there for delicious dips to enjoy. Some of my favorites can be found on the C’est la Vegan site. Here’s a link to a few of them. She has so many delicious recipes everything from spinach dip, onion dip, cheezy beer dip and buffalo chicken dip. (AND, yes, they’re all VEGAN!)

Also, you could go with one of my favorite all-time (meaning every day) dips…HUMMUS!

This is a beautiful dish from The Tolerant Vegan (click link for recipe). It looks super easy to make – especially if you buy the pizza dough already made.

I see a need to make multiples of this as I know that no matter how I cut the pieces, they’re all going to disappear! 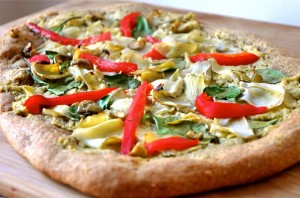 I could see this pizza made with a few olives on it too (I’m kinda in an olive phase right now)!

This is adapted from Coastal Living magazine (October 2011)…and it’s one to be made especially for my son-in-law Robert who LOVES the taste of bacon (and we still love him anyways!) Even though the “bacon” isn’t from an animal in this recipe, it’s still for all to enjoy.

2. Melt butter and oil in a large skillet over medium-high heat.

4. Remove from heat. Stir in vinegar and thyme, and set aside.

6. Transfer to a 2-cup baking dish. Bake 20 minutes or until mixture bubbles and top is browned.

Try dipping in sliced veggies or apples or potato chips or even thin slices of toasted baguette! YUM!

Speaking of toasted slices of baguettes, why not make some bruschetta to go with them too. 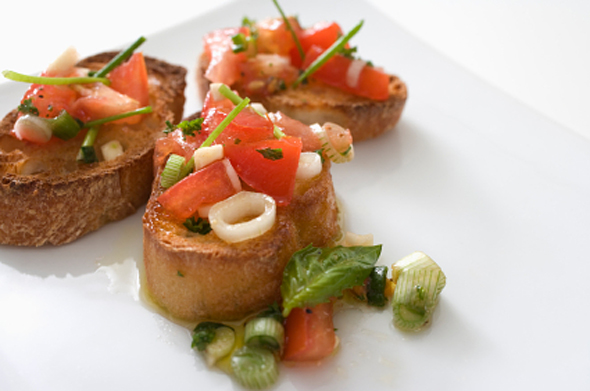 Super simple to make, I usually cut up 3-4 roma tomatoes (though other tomatoes work fine too), add in some sliced green onion (or red onion), a bit of garlic chives, some basil (sometimes some parsley) and then drizzle on the olive oil. Letting everything sit together for a bit combines all the flavors into a lovely dip. While it’s sitting, why not toast the bread?

Another super easy hot treat to serve would be some roasted red potatoes. 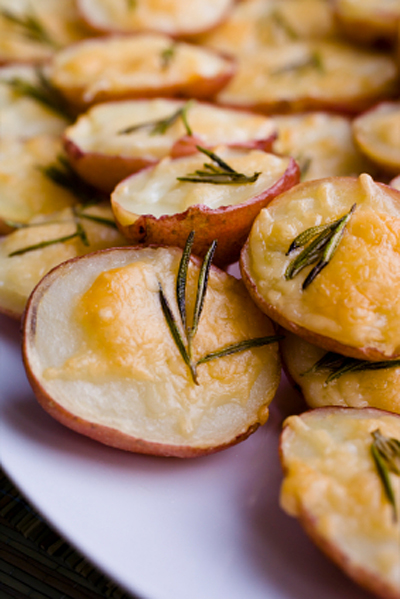 2. Scrub the potatoes and then slice them in half and place in a bowl.

3. Add the olive oil and salt and pepper to taste and toss the potatoes well to coat.

4. Arrange the potatoes on a baking sheet.

5. Place them in the oven for approximately 45 minutes – a fork should easily poke into them when they’re ready.

6. Optional – top with Daiya vegan cheddar cheese shreds and a sprig of rosemary. Return to the oven until the cheese is melted.

These are also super yummy topped with some vegan sour cream, or some vegan bacon bits (as seen in the recipe above). I also like to sprinkle a bit of balsamic vinegar on top of them…mmmmm!

To me, no party is complete without some chips and salsa and guacamole. So easy to make right at home and always so delicious.

Here’s my mom’s salsa recipe (make this the day before the big game):

1. Put in a blender (or food processor) and chop until desired consistency.

For guacamole, I like to keep it simple, combining avocado, lime, some sea salt and a dash of chili powder in a bowl and mashing and mixing it all together.

On game day, I’ll also probably have a crockpot full of my favorite vegan chili ready to go too. Afterall, it is a standard around here.

So many recipes, so much goodness to eat on game day. Maybe I should start working on some drink recipes to go along with all this yumminess!

Serving any favorites at your house or party this year? Please share!

Oh and if you have the “ultimate” margarita recipe, I’m looking for one, so please let me know.

P.S. If you have time today, could you vote for my blog over at the Circle of Mom’s site? It just takes a second, no information is asked for, just click the “VOTE” button to the right of Lita’s World. Thanks a Million!